Five Things to Know About the Toronto Real Estate Market

Five Things to Know About the Toronto Real Estate Market

How does Toronto Real Estate Market always weather the storm? 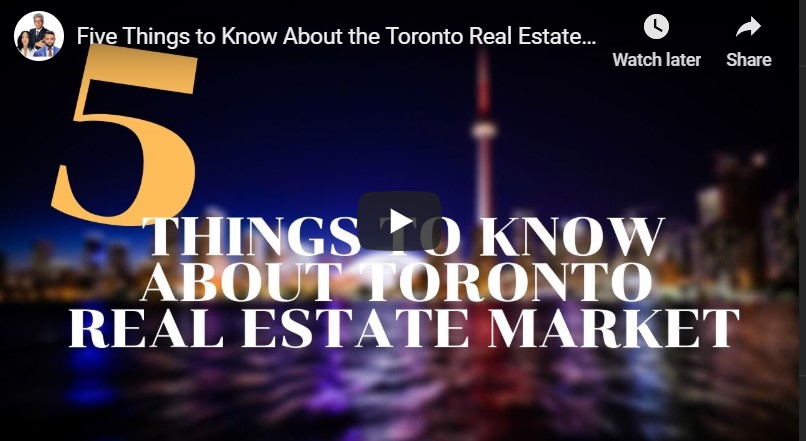 Toronto's a great city. There's just been a few select reasons why it's one of the top cities in North America. Here are the five things to consider in the Toronto real estate market.

Why it's the best cities? For one, it’s livability. Toronto reaps great livability offerings throughout the downtown chorus, such as access to transit. We have multiple green spaces, lots of bike lanes. We're known as a great foodie, restaurant, bar.

So, the next thing, number two, it's competitive. Toronto real estate market, as many of you know, is cutthroat. In a seller’s market, you can't even think about the house for more than a second. We've seen as many as 30, 40, even 60 offers. It's crazy that even in a buyer’s market or more stable market where you don't see this in a lot of other cities and markets, in Toronto you still see different pockets or communities, there're still bidding wars. Right now, it's slowed down, maybe on the luxury side, but even on the luxury side there's parts of the city where it's supply and demand. It's low supply and high demand. There's still that bidding wars.

And another great reason is the city’s allowing laneway housing. This is fairly new. In 2000, they introduce laneway homes providing another option for living. And since these homes are fairly new you could be in for a fresh, more modern space and on the other hand consider purchasing a home that includes laneway garage. So, you can transform it into a laneway home in the future and maybe some added income.

The fourth thing is rental prices. Rent prices in Toronto, whether for single family, like residential, condos continue to increase year over year. We had in 2013 a 35% increase and then year over year it's been continuing and it's not going to stop. With the amount of immigrants we have coming into Canada and most of them in Ontario and Toronto specifically, it's going to continue to increase. So, that's another great thing. It's a good thing, an investor, a buyer looking to buy a house and if you're renting, you should definitely think about getting yourself into owning a property or an investment property at some point.

And the last but not least, what's Toronto best known for, is its vibrant culture. Toronto has one of the most diverse cities in the world, mostly from 200 ethnics groups and over 140 different languages. Talk about Toronto's music, art, sports scene, the Raptors. We actually got to see how diverse the city was with the winning of the championship of Raptors. Even though Kawhi Leonard left. Don't worry we've still got one of the best cities in all of the world. And we still might win the next one. And we're still the champs, so in case you forgot, we’re the champs!